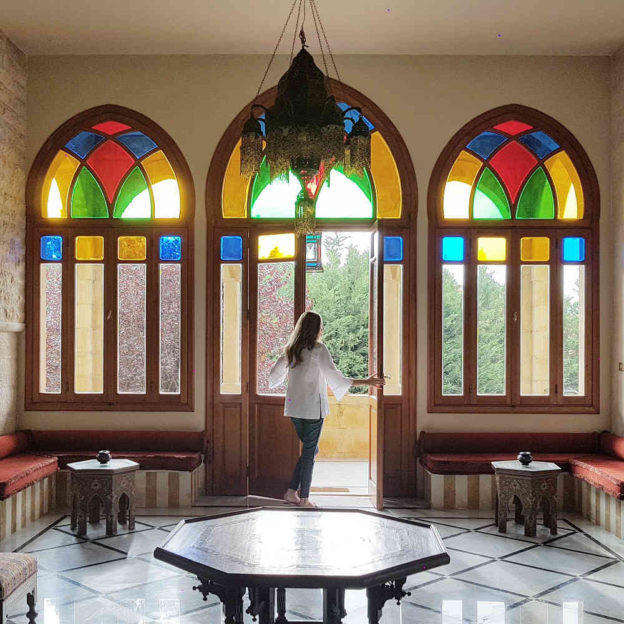 Across the village, the palace stands out with its graceful architecture and subtle charm, perched upon a rocky cliff quenched by gushing waters at its feet every spring. The visually striking mix of power and grace is best enjoyed from a distance. The construction rests upon age-old rocks, which embrace it beautifully into their landscape. A tombstone dating back to the 15th century (1483) upholds the presence of the Mezher family in the area as they ruled over the region at the time. Drenched in history and defining the vicinity’s history throughout the first half of the 19th century, the palace housed the French poet Lamartine in March 1833 after the tragic death of his daughter Julia during his trip to the East. His description of the space makes it even more mythical: `The castle of Hammana’s Sheikh surpasses in elegance, grace and nobility, everything I have witnessed in the genre since the Emir Bashir palace in Deir El-Qamar. It can only be compared to one of our wonderful Gothic castles of the Middle Ages, based on what their ruins allow us to make out of them or as traced for us in paintings.`