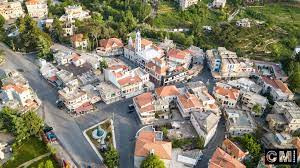 The Midane Square (ساحة الميدان) An ideal place to take a stroll. Here art, gastronomy and heritage intertwine, echoing the charm of Italian piazzas. Its overall architecture is eclectic. Dating back to the Ottoman era in its oldest part blending arcades with graceful pointed arches, it is ordered by a fountain erected at the beginning of the 20th century towards the entrance of the old quarter, and framed by the imposing mass of mountain standing sentinel over the Midane. The square is full of history. It apparently served as a grain souk in the 18th and 19th centuries. A stable remains, reminiscent of the days when horse-drawn carriages and mules passed through Hammana to get from Beirut to Damascus, before the Beirut-Damascus road opened in 1863. In the 20th century, the Midane saw the parade of Allied troops in 1941 after the end of the campaign in Syria and Lebanon, and the proud young soldiers who pose on the Fountain, their sepia photos still circulating. One can imagine that de Gaulle himself, who was received at Hammana in June 1941, passed through the place. At present, the Midane is dedicated to gastronomy and serves as an open-air event and concert venue centered around the Fountain. It also includes a large space across its upper part dedicated to curated ancient objects and second-hand goods, as well as a cinema theater dating back to the 60s in its lower part.